Sony’s official curves for QE are good for showing the relative response of the sensor across a range of wavelengths but, typical of Sony’s QE data, the peak QE is always equal to 1 or 100%.  In order to get the absolute QE, key information for astronomical and scientific imaging, we performed the following experiment to find it.
First, we need a sensor with known QE.  In this case we used the well-known Sony ICX694. This sensor, used in many popular CCD cameras like the QHY22, ATIK460, QSI and others, has been characterized by others like Christian Buil.  The QE curve can be found here: http://www.astrosurf.com/buil/cameras/index.html (ref.1).  Also, there is another value at http://www.astrosurf.com/buil/CMOSvsCCD/index.html (ref.2).
To find a fit for the curve, we select one wavelengths for measurement.  In this case we use an OIII narrow band filter to measure the response at the wavelengths of 500 to 505nm, because this point is very close to the peak QE point and the error will be smallest.  From the ICX694 QE data we know that at OIII the absolute QE is 67% (ref.1) or 63% (ref.2).

Using the same light source and lens, we measured image intensity at different exposure times for both a QHY22 and a QHY268M.  Then we derive a curve of the intensity increasing with exposure time.  With linear fitting we get the number of ADU’s per second in both cameras. 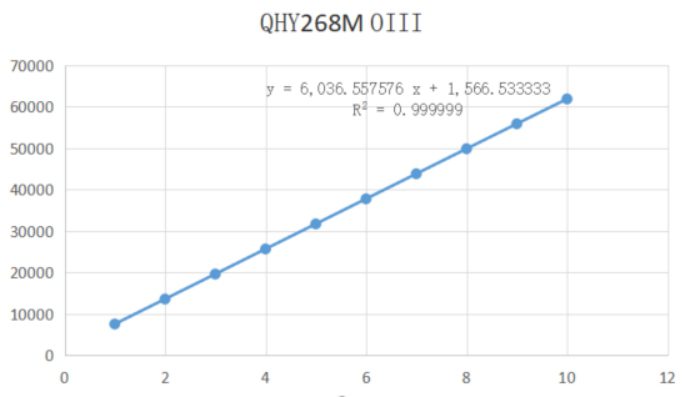 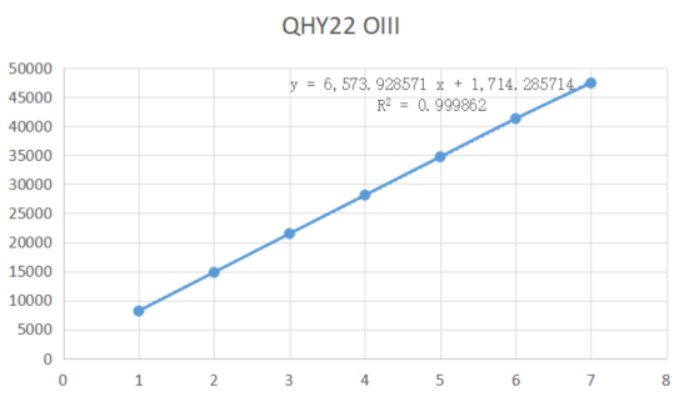 Our Banner is Yours!! Welcome to the Top Page Show