Why do we call the new product Pro directly?

Because this time we added a mode directly on the 294M - extended pixel mode.The original 294M chip, the SONY IMX492, is an 11.7-megapixel chip.When the extended pixel mode is enabled, the original single pixel can be split into four pixels to about 46.8 million pixels.The process is similar to a reverse bin.What is the point of extending pixels?Think back to the earlier science program, and knock on the blackboard:

As an unpretentious science team, we will take a responsible attitude and will not blindly boast the advantages of multi-pixel as some people outside refer to some mobile phone manufacturers.The original purpose of the development of this mode is to enable users to have the possibility of choice, can achieve a device two usage, according to different situations to make different responses.

In the meantime, we expect the 294MPro to use this mode for the color camera 294C, which has been on the market for some time, after the launch, via a free firmware update (this update is also available for existing users who already own the 294C).The updated 294C will be named as 294CPro.

After another round of more rigorous parameter testing, we update the parameter performance of 294M here: when gain=0, the readout noise of 294MPro is as low as 6.9E -. After adjustment and optimization, it is improved compared with the last test:

Said of the previous period, in order to solve the long lovers poking fun at QHY camera connect ring system is too inhumane against humanity problem, we decided: since 294 mpro, who buy black and white camera + filter wheel set (OAG optional) user, we will be in a suit directly adapted to join M48 55 mm intercept correction lens shackle suits, to install a can use directly, no longer need the before his calculation intercept and pay extra for non-standard adaptor ring.

(Nah, it's just a simple two-digit addition and subtraction, it's not that hard to do on your own, ba...)

"Pa!"(Shut your mouth, or the fans want -1 again.) Ahem.Considering that it is still troublesome for users to actually measure the intercept, we decided to give priority to users' convenience and provide the typical collocation directly, which can save most fans' time.As in the last issue, we hope that you can focus more on shooting and post-production and not spend more time on debugging and assembly in the early stage. 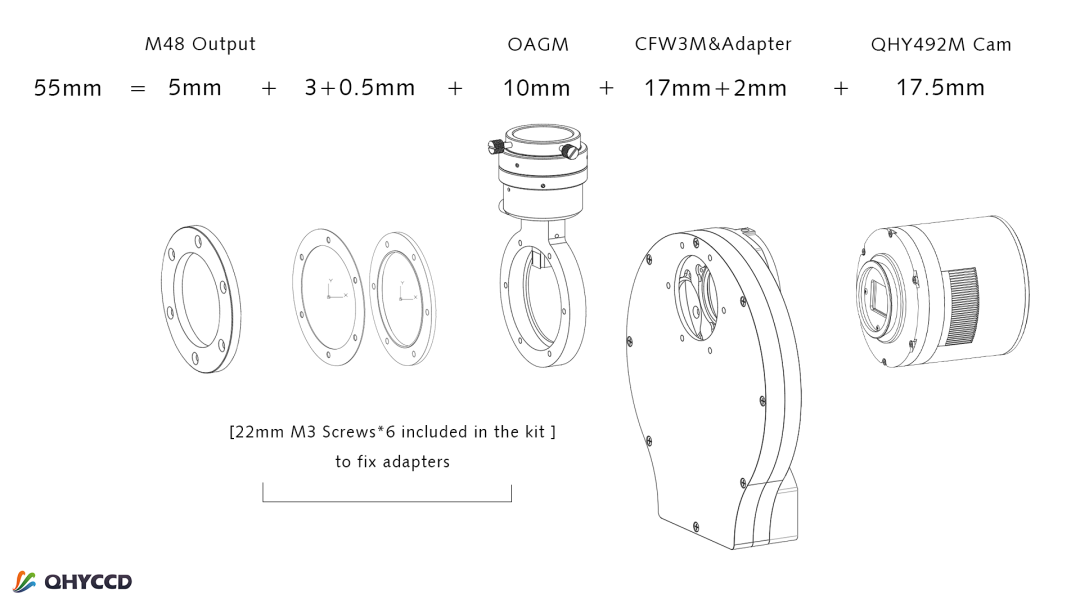 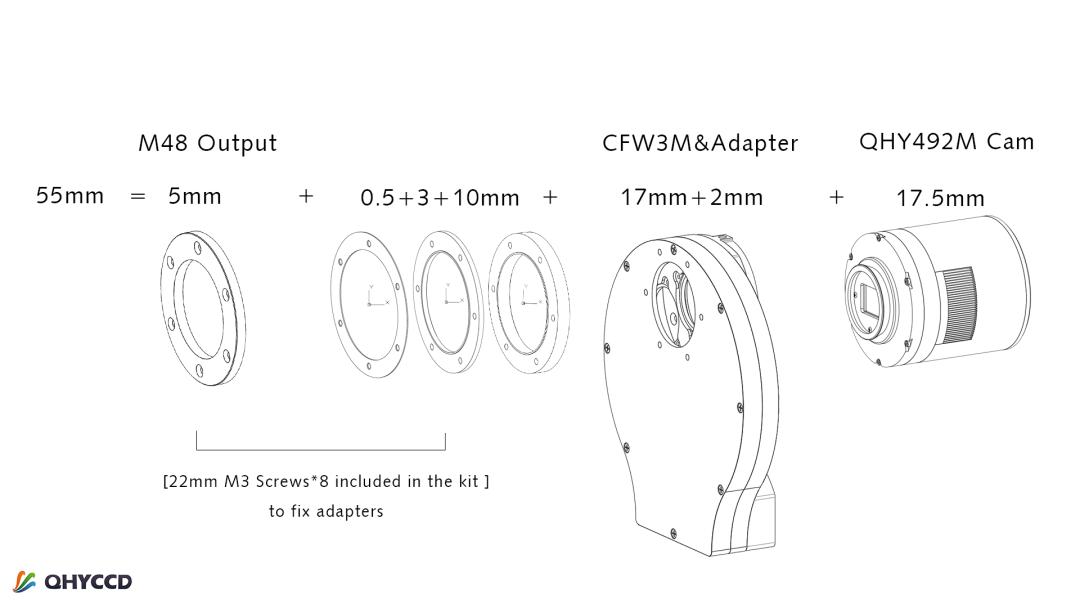 Schematic diagram of 55mm intercept scheme for QHY294MPro+ medium filter wheel.As OAG is an optional item, we will add a 10mm extra collar to the package to supplement the intercept for users who do not need OAG.Unlike most screw screwing rings in the market, we still choose the form of screw + gasket.In this way, the number of threaded connections can be reduced as much as possible, so as to avoid the problem of poor occlusion or easy loosening caused by too many threaded connections and excessive body weight and increase the stability of the system.There is a groove nesting between gaskets, which can avoid the problem of light leakage between gasket gaps.In addition, this time we will also match the length of the screw corresponding to the thickness of the ring. Although there are many gaskets, it will be done without any brain twisting. 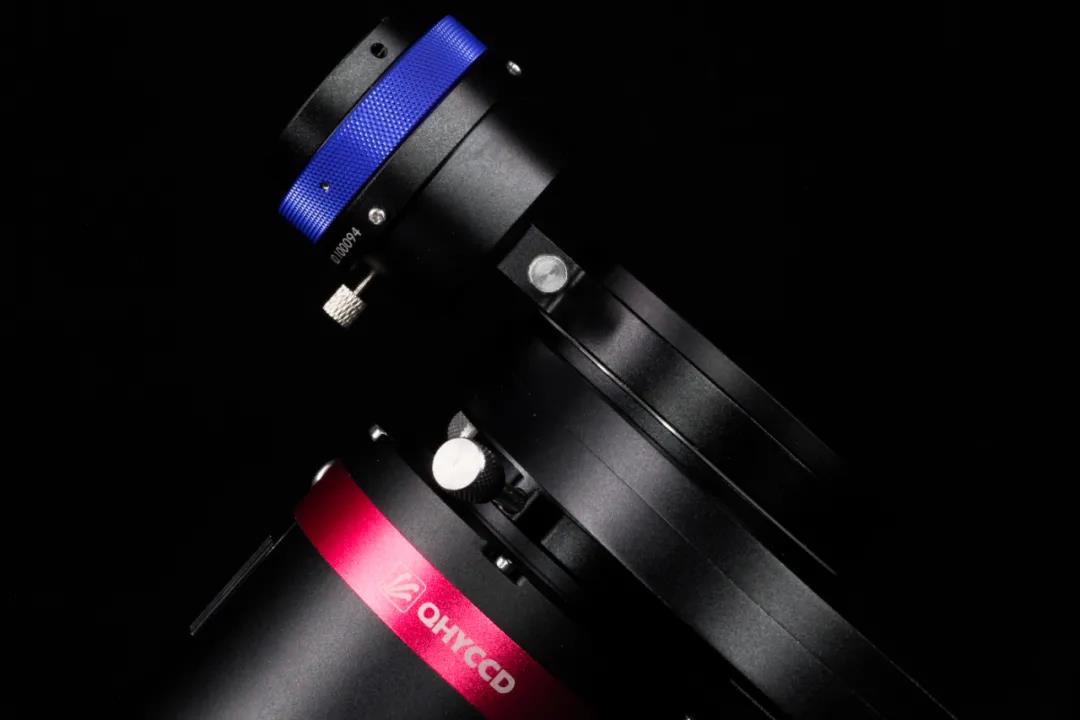 The 55mm intercept plan of QHY294MPro+ medium filter wheel +OAG set is synchronized with the 55mm set. This time, we will also provide 294MPro+ filter wheel + Canon/Nikon lens adapter ring set to meet the needs of some SLR lens users.It's still a principle. When it's well set, it will focus.Currently this solution only supports the black and white camera set, and in the near future we will also extend this series of solutions to the color camera series.

QHY 294MPro is expected to be available on Taobao in China in the next one to two weeks. Stay tuned.