The QHY42PRO is a cooled scientific CMOS camera with extremely low (1.6e-) read noise. QHY42PRO has both backside illuminated version and front side illuminated version. Peak QE on BSI version is up to 95%. We also offer the QHY42-BSI in a UV enhanced version. The sensor array is 2048 x 2048 with relatively large 11um pixels and 89ke- full well capacity. The QHY42PRO is capable of high frame rates up to 24FPS at full resolution. Two stage TE cooling lowers the sensor temperature to -40C below ambient. The QHY42PRO is ideally suited to scientific research, astronomy, biology, UV and low light imaging, and security.

For BSI verson, there is three type of the coating of the sensor. TVBIS,UV,VIS. The TVBIS is the most popular type and it has the best QE of 95%. The UV version has a peak QE of 76% on the 275nm.  While the TVBIS version has also a high UV QE at 240nm. For UV application. Both TVISB and UV is possible to be use. You can select it according the QE curve. And the TVISB version has lower dark current than UV version. VIS version is not so popular and sometimes the sensor factory does no stock. So if you need the VIS version you need to quote QHYCCD for details.

The first version QHY42 is released in early 2018. And now we will release the enhanced version QHY42PRO. The different of QHY42 and QHY42PRO is that QHY42 only support the single ADC channel output (which called STD mode in the datasheet of Gsense400 , and 24FPS for 8bit/12bit . While the QHY42PRO support both STD mode and the dual channel ADC mode (HDR mode). The dual ADC can work together to sample the same pixels. And output two images. One is high gain and another is low gain. Which can enlarge the dynamic of the output data. The QH42PRO HDR mode will output the 4096*2048 image. Which consist two 2048*2048 image.   QHY42PRO also support the remote FPGA upgrade function via USB port. In future if there is any upgrade of the FPGA code, you can upgrade it directly without send back to factory to upgrade.

QHY42PRO has optional TrigOut signal output for the high precise timing. Aslo it can be customized as GPS timestamp and the multiple camera sync capture mode.


The information of the QHY42 tester and users 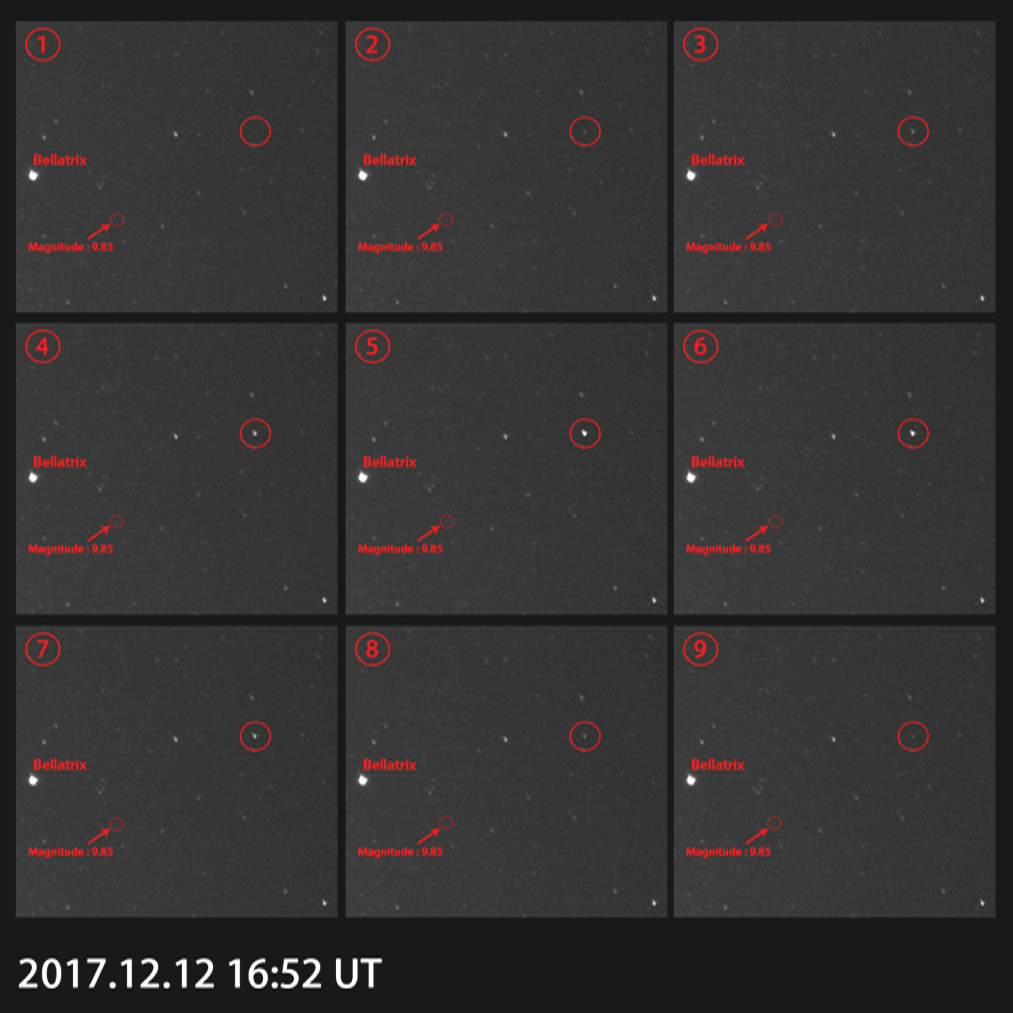 We took the QHY42 (with BSI sensor installed) And 50mm focal F0.95 lens to a dark site near Beijing City to do a testing under the real dark sky.  Here is the story of this testing. The 50mmF0.95 lens is a ZhongYi Optic product. The cost is not very high. But the 0.95 big aperture is very nice. The lens is a SONY E type interface. The back focus is 18mm. So it need a special modified camera front part. Otherwise it can not get so short back focal length when use the standard QHY42 front part and the 10mm Nikon adapter (The NIKON adapter can connect the SONY E type interface lens) 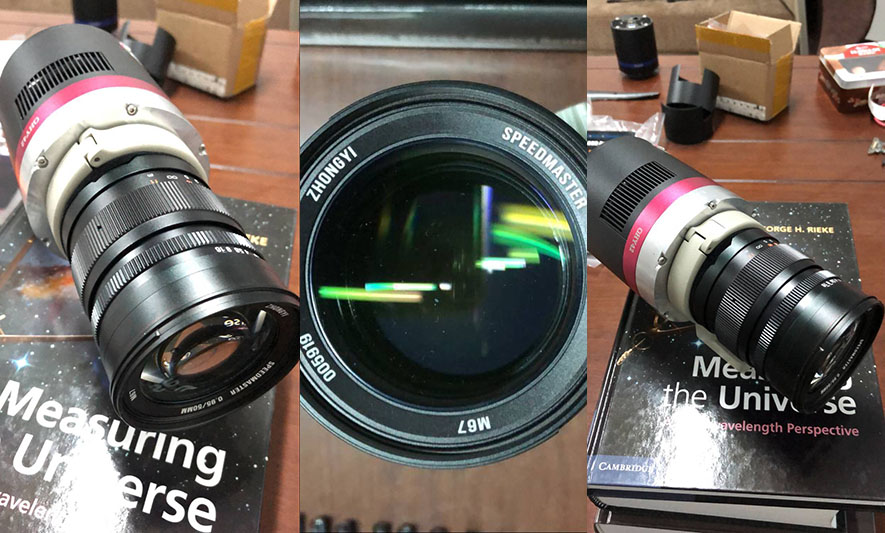 Here is the original image with with/without calibration. On the un-calibrated image, You will see there is the horizontal and vertical FPN noise. And also you can see a little amplifier glow on top of the image. But in the calibrated image they are removed totally.

In the whole testing, we use about 24FPS speed and about 43ms exposure time.The gain set to the max (includes both analog gain and digital gain). The image is saved to 8bit AVI video format.

We tested the limitation mag from the results. We thin It is more than mag9.5 under this exposure time 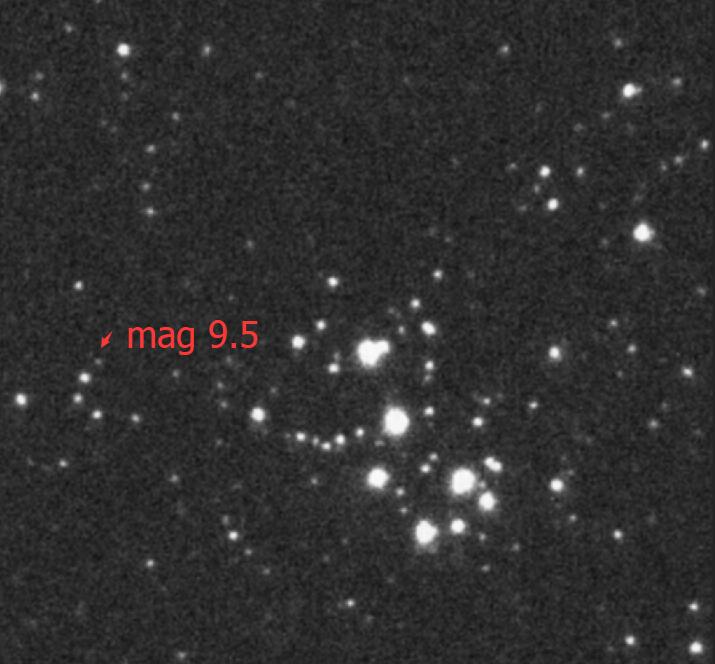 You can also see the following online video. It is best to click full screen playback. This video clip is a 1920*1080 video crop from the original 2048*2048 RAW video. And compressed to MP4 format. The video size is 380MB

The test results shows the high sensitivity of QHY42, especially in Ha wavelength, and the ultra low readout noise. results the high SNR image in short exposure time. Dr.Martin Miller says QHY42 has great potential in professional astronomy imaging.   See all of the test image and the parameter at  http://avvamhl.xobor.de/g90-Test-der-Scientific-QHY-CMOS-Kamera-p2.html 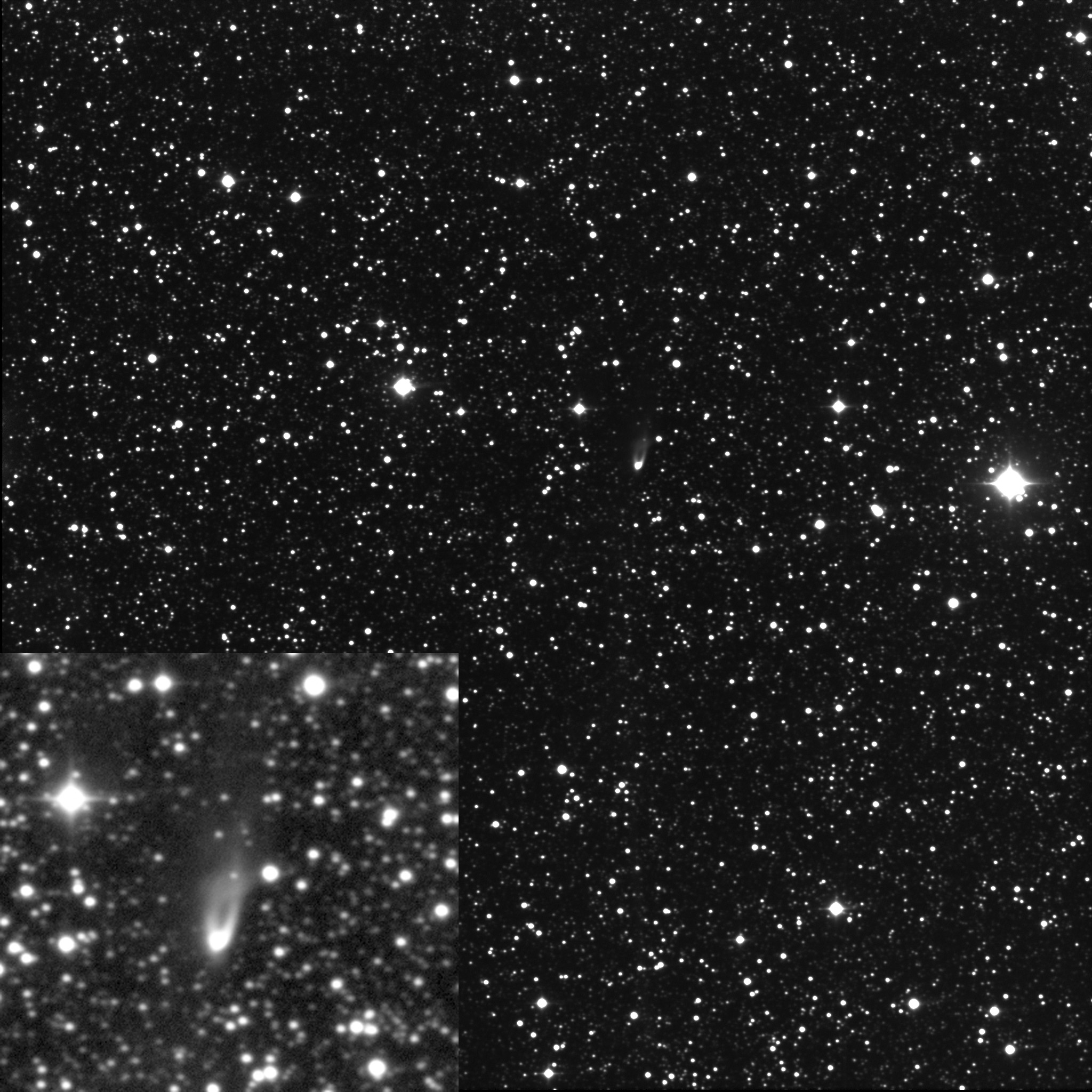